It is September 2015. My birthday month, and never before have I had such an exciting start to my birthday month ever! I am loving 2015 so far. After the meh-ness of last year and half, 2015 has brought new and unexpected things for me. I have run races, climbed hikes, traveled and have so far thoroughly enjoyed myself. I hope the trail of happiness continues. 😀

Turkey was phenomenal! Oh, what a country! I am going to write down as much as I can remember but that is going to cover barely 30% of the memories I have in created. When I met up with the SDSU group in Ankara, we called it ‘CSEL going International’. CSEL= Combustion and Solar Laboratory. We like to call ourselves CSEL fo lyfe. Lol. We had been invited to our Turkish friend Murat’s wedding who was marrying his GF of 3 years Becca. Becca’s all American family also hung out with us and we had a really good time.

I had a 13 hour flight to Istanbul and an hour flight to Ankara. Murat was picking me up at the airport. As soon as we saw each other, we RAN and bear hugged each other. We just couldn’t stop laughing that we were meeting after 3 years! Showing up for his wedding in Turkey felt so surreal! He kept giving me hugs, we were that happy! We had another hour to kill at the airport so that we could pick up 2 of his friends as well who were flying in from San Diego. After a hearty dinner of, err, burger king bean burger, we plopped down on massage chairs at the airport and that was awkward to say the least. We were like two giggling school girls. As a result, Murat was telling everyone that PB is so funny! And when asked why, his reply was just… she’s so funny! 😀

After his friends came, we went over to the hotel, and I went off to sleep at about 11 pm. I slept like a baby till about 10 am till his friend Vince texted me to come down for b’fast. We ate, I went to my room, chilled pretty much for the whole day till the gang came down from their 3 days in Istanbul. Then we got ready and headed to Murat’s parents’ restaurant for the bridal party. It was one crazy affair! We were treated like super honorable guests and I have never been paid so much attention in my life. Like, not even by my parents. Murat and Becca entered to fireworks and traditional dancing. Murat was doing this move that we thought is thanks to his bad dancing skill, but we learned eventually it is a legit step. They love one kind of dance form which we named pinky finger dance. They basically form a circle with people connected using their pinkies and they do this 1-2-3-4-kick-4-3-2-1-kick step. The WHOLE TIME! I was okay with it until I started getting pulled on both sides by my pinkie which was hurting like a b***** by the end of the night. Food was catered by his restaurant and was really yummy with plenty of veggie options(I would like to think so!)

The next day, my jet lag decided to kick in and I was awake at 5 am! I was lost as to what to do and then I heard it! There is something very beautiful about the Fazr Azan. I lay awake listening to it and then I just got up, started watching random stuff on my iPhone. I was so bored that I ate breakfast twice, once alone and once with the rest of the group. Becca’s sisters said that they too were awake and I should have knocked on their doors. They were bored out of their wits as well. Later after breakfast, we went out for sightseeing where we saw the Ankara Castle and this super interesting museum with old engineering artifacts. We walked back to the hotel at lunch time and the manager could not have been a better host! He drove us to a restaurant of his recommendation, insisted that he will pick us up in an hour, then drive us to Ataturk’s mausoleum and arranged a guide for us. Like I said, people in Ankara know how to host their guests. Ataturk’s Mausoleum was the highlight of my Ankara sightseeing. I learnt so much about the Ottoman Empire and Turkey’s history that I had no idea about. Mustafa Kamal Pasha Ataturk was a visionary who merged European culture with Islamic traditions to create a modern, free-thinking society. From what we saw and learned, he was a feminist and one of his adopted daughters was the first female pilot of Turkey in 1930s. The way Turkey moves, it’s society and culture, shows what a liberal thinking country it is, which is very interesting for an Islamic country. My dad had asked if I could get a book on him, so I bought him ‘The Great Speech’ from the museum store.

Kanyon… Look at how blue it is…

Umbrella street! Almost threw a tantrum to get here. 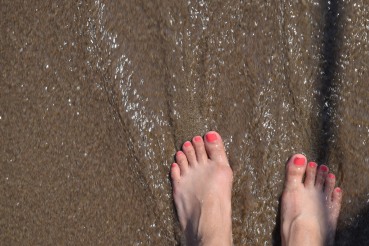 I had gazillion cups of the Turkish Tea…

Moo was flying in that day and I met her after coming back from the mausoleum. It was a happy, happy re-union for us. Somehow both of us end up meeting more regularly than any other friends. In the last 3 years, this is 4th time that we have met. Not a bad record at all! She came like Santa bringing gifts from parents and friends. I got a top and a cute chotu backpack from Dhaka from Ani and Moo and a dress from the boys, Shibs, Saipan and Hazra. Folks back home sent me sweets. Yay for birthday gifts! 😀

We spent the next day exploring some parts of Turkey too. We came back to the hotel after lunch time to start getting ready for the wedding. We took tons of pictures and selfies after cleaning, scrubbing and decking ourselves up. The wedding venue was gorgeous!

The wedding was a mixture of American and Turkish styles with the vows being read out and the bride in a stunning white dress and all that. There was a ritual where guests who were family lined up and were pinning gold to the bride and groom and giving Becca bangles. I could have sworn she looked like an Indian bride, albeit in white, by the end of it. There was delicious food, really rich deserts, a performance by whirling dervishes(I was kinda underwhelmed) and some more pinky dancing. The real party happened after the wedding where we drove off to a club and danced straight from 11 pm to 3 am. Now I don’t go clubbing too often, but when I do, I go all out. My shoes were off, and I was glued to the dance floor. At some point I ended up earning Vince’s tie around my neck. 😉

We came back to the hotel to finish packing since we had a flight to catch in exactly 4 hours. I could have sworn my suitcase had exploded, there was so much stuff! I think I had an hour of sleep pretty much. We headed over to Antalya on the southern coastline of Turkey. When I say the water was really blue, I am NOT kidding around! It was the most brilliantly blue shade of the sea I have ever seen. So pristine! We spent 2 days in Antalya exploring the bazaars in Kaleici, ruins of Aspendos, swimming in the sea and my favorite part, boating in Koprulu Kanyon. Unfortunately, we couldn’t carry our cameras because of the water, but we could rely on Karen’s GoPro. The guide got us into an inflatable raft and we canoed against the tide to reach this gorgeous spring water natural pool on top of a rock. It had waist deep ice cold water. I got into it and I friggin’ couldn’t breathe for half a minute or so! But sooooo fun!

We spent the evening on the beach swimming in the water and called it a day. CSELers left for US that night and Moo and I left Antalya for our next set of adventures the following morning.

PS : This is just Part 1. Part 2 will cover my shenanigans in Cappadocia and Istanbul.

I am an IndiBlogger!

More splashes of my life :)